Tax Day for federal, state and local taxes has been extended to July 15. There are several options available to prepare, file or pay your local income taxes, and our Tax Division is here to help. Please visit https://www.ketteringoh.org/departments/income-tax-division/ for more information. 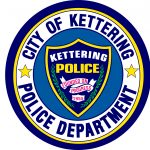 The Kettering Police Department takes great pride in the service of its officers.  The following commendations were awarded for service provided above and beyond the exceptional call of duty.

Class I Commendation – Awarded for an act evidencing highly-professional conduct or performance or giving evidence of selfless conduct by an employee during a time of crisis or emergency, but which is less than a valorous, distinguished, or meritorious act in nature.

Class II Commendation – Awarded for an act evidencing highly-professional conduct or performance or giving evidence of selfless conduct by an employee.  Said conduct should rise to a level that would constitute exemplary effort or dedication while in performance of the employee’s duty not in the time of crisis or emergency.

Meritorious Service Award – Awarded for an act which is extraordinary in nature performed under special circumstances or situation, but which involves no personal danger to the employee performing the act; or may be awarded for an act involving operational risk to an employee which is performed above and beyond the call of duty.  This may include extraordinary actions performed under extreme conditions as determined by the Awards Review Board.

Medal of Valor Award ‑ Awarded for an act that involves extreme risk to the life of an employee and which is performed above and beyond the call of duty.  Generally the Medal of Valor will be conferred as a result of combat operations.

Chief’s Award – This award is selected and presented by the Chief of Police.  The Chief of Police will decide the individual criteria associated with this award.  Such items of consideration would include: high level of growth or improvement, extra-ordinary acts of performance, activities that go beyond the normal call of duty, or any other item of specific notation or combination deemed appropriate by the Chief of Police.

Top Cop – This award is designated for the individual officer who regularly displays a proactive, tenacious, disciplined, and procedurally sound performance of basic police work. The officer displays the persistence to pursue offenders in a variety of ways using all available tools at his/her disposal.  This officer not only displays assertiveness towards pursuing offenders, but also completes the task with sound judgment; following protocols of GOs, laws, and legal procedures. The quality of the officer’s work is prevalent throughout and it is complete in every regard.

Teamwork Award – This award is presented to a group of employees who distinguish themselves through teamwork. Teamwork is the process of working collaboratively with a group of people in order to achieve a goal; it is a crucial part of a business, as it is often necessary for colleagues to work well together in any circumstance, using their individual skills to the efficiency of the organization, despite any personal conflict between individuals.

Community Service Award – This award is to be presented to any member of the department who has consistently shown initiative, innovation, and care in the service of the citizens of Kettering. Activities and interactions are more than superficial in nature and result in an articulable direct impact on the community. The individual’s efforts are recognized by fellow employees and the citizenry.

Civilian of the Year – This award is presented to the civilian employee who distinguishes themselves through consistent actions which represent the highest standards of their respective position and the department.  The civilian produces a complete work product that incorporates all aspects of their particular job function, displays high-level interpersonal relationships, and is a consummate team player.